In 1951, after I had completed my articles* at Witkin, Sidelsky and Eidelman, I went to work for the law firm of Terblanche & Briggish. When I completed my articles, I was not yet a fully-fledged attorney, but I was in a position to draw court pleadings, send out summonses, interview witnesses – all of which an attorney must do before a case goes to court. After leaving Sidelsky, I had investigated a number of white firms – there were, of course, no African law firms. I was particularly interested in the scale of fees charged by these firms and was outraged to discover that many of the most blue-chip law firms charged Africans even higher fees for criminal and civil cases than they did their far wealthier white clients.

… In August of 1952, I opened my own law office. … Oliver Tambo was then working for a firm called Kovalsky and Tuch. I often visited him there during his lunch hour, and made a point of sitting in a Whites Only chair in the Whites Only waiting room. Oliver and I were very good friends, and we mainly discussed ANC** business during those lunch hours. He had first impressed me at Fort Hare, where I noticed his thoughtful intelligence and sharp debating skills. With his cool, logical style he could demolish an opponent’s argument – precisely the sort of intelligence that is useful in a courtroom. Before Fort Hare, he had been a brilliant student at St. Peter’s in Johannesburg. His even-tempered objectivity was an antidote to my more emotional reactions to issues. Oliver was deeply religious and had for a long time considered the ministry to be his calling. He was also a neighbor: he came from Bizana in Pondoland, part of the Transkei, and his face bore the distinctive scars of his tribe. It seemed natural for us to practice together and I asked him to join me.

… “Mandela and Tambo” read the brass plate on our office door in Chancellor House, a small building just across the street from the marble statues of justice standing in front of the Magistrate’s Court in central Johannesburg. Our building, owned by Indians, was one of the few places where Africans could rent offices in the city. From the beginning, Mandela and Tambo was besieged with clients. We were not the only African lawyers in South Africa, but we were the only firm of African lawyers. For Africans, we were the firm of first choice and last resort. To reach our offices each morning, we had to move through a crowd of people in the hallways, on the stairs, and in our small waiting room.
Africans were desperate for legal help in government buildings: it was a crime to walk through a Whites Only door, a crime to ride a Whites Only bus, a crime to use a Whites Only drinking fountain, a crime to walk on a Whites Only beach, a crime to be on the streets past eleven, a crime not to have a pass book and a crime to have the wrong signature in that book, a crime to be unemployed and a crime to be employed in the wrong place, a crime to live in certain places and a crime to have no place to live.

Every week we interviewed old men from the countryside who told us that generation after generation of their family had worked a scraggly piece of land from which they were now being evicted. Every week we interviewed old women who brewed African beer as a way to supplement their tiny incomes, who now faced jail terms and fines they could notande afford to pay. Every week we interviewed people who had lived in the same house for decades only to find that it was now declared a white area and they had to leave without any recompense at all. Every day we heard and saw the thousands of humiliations that ordinary Africans confronted every day of their lives.

.. Oliver had a prodigious capacity for work. He spent a great deal of time with each client, not so much for professional reasons but because he was a man of limitless compassion and patience. He became involved in his clients’ cases and in their lives. He was touched by the plight of the masses as a whole and by each and every individual.
I realized quickly what Mandela and Tambo meant to ordinary Africans. It was a place where they could come and find a sympathetic ear and a competent ally, a place where they would not be either turned away or cheated, a place where they might actually feel proud to be represented by men of their own skin color. This was the reason I had become a lawyer in the first place, and my work often made me feel I had made the right decision. 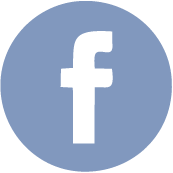 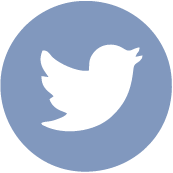 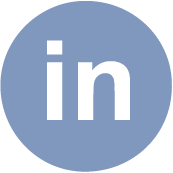 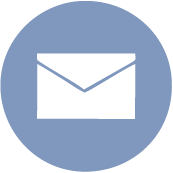